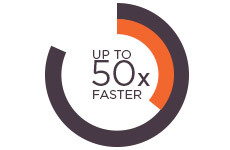 With analytical cycles 10 to 50 times faster than traditional gas chromatography, the Teledyne-Falcon GC vastly increases responsiveness for the data consumer. Less time spent waiting on results means more productivity and timely control of the measured process. In the hands of lab and process managers, the speed of the Teledyne-Falcon GC can translate into better quality products, produced faster and more profitably than ever before. 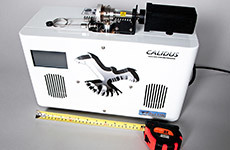 The smaller size of the Teledyne-Falcon GC means more efficient utilization of space and, ultimately, bigger profits for the user. The price per square foot for laboratory bench top space may only be exceeded by the cost of installation for online systems in the processing plant. The small Teledyne-Falcon GC footprint allows for higher installation density in the laboratory and in shelters for process applications. This small footprint also enables process installation schemes that place the analyzer much closer to its sampling point in the plant. Closer proximity means less sample lag time, as well as more representative measurements for process control. 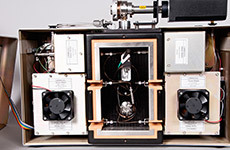 With analytical cycles that are a minimum of 10 times faster and the low electrical load needed for operation, the Teledyne-Falcon GC power consumption per analysis is 1% or less of the energy required by traditional gas chromatography. Combine these savings with the reduction in workload for air conditioning systems and the Teledyne-Falcon solution is greener still. The Teledyne-Falcon GC product life cycle environmental impact from manufacturing throughout its useful lifetime to disposal is far less than traditional GCs.